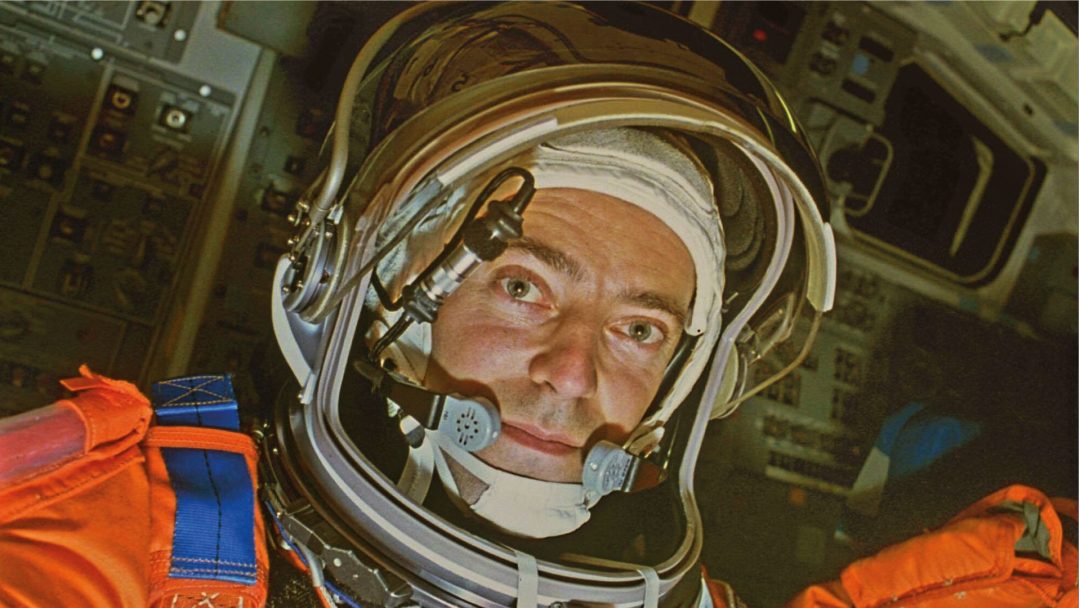 As an ESA and CNES astronaut and a veteran of three NASA Space Shuttle missions, Jean-François Clervoy has a lot to share about what it takes to be an astronaut. In the final part of his interview with LocalBini, he points out the key skills and challenges related to the job of an astronaut. He also discusses how his experiences in space changed him and motivated him to create airZeroG, to make space more accessible to the public.

The greatest challenge of becoming an astronaut, for me, is the training. When you are training to go to space you have to learn how everything works and prepare yourself for every possible scenario. You have to know your spaceship by heart. A space shuttle has over a thousand switches and you have to learn them all. We train using high-fidelity simulators and are taught to successfully manage malfunctions. During training, our simulator instructors give us the worst possible scenarios. These can be anything from nasty air leaks, short-circuiting, fire on board, a non-functional control stick… But, they are not allowed to give us scenarios that don’t have solutions. Any scenario they present us with has a solution, and it is our job to find it.

That is how astronauts develop a resourceful and out-of-the-box mindset that enables them to address any problem or malfunction. That is essentially the philosophy behind our training: they train us to be the supermen of problem-solving. Any malfunction that occurs, we have to be able to solve. In fact, as the launch approaches, we are so well-prepared and so accustomed to this problem-solving mindset that we get excited when we are presented with a new, complex and vital problem to solve. Eventually, we become masters of our spaceship. We feel confident that we can tackle any problem that arises. And to my experience, the challenges you face in space are rarely as challenging as the scenarios you face during training. 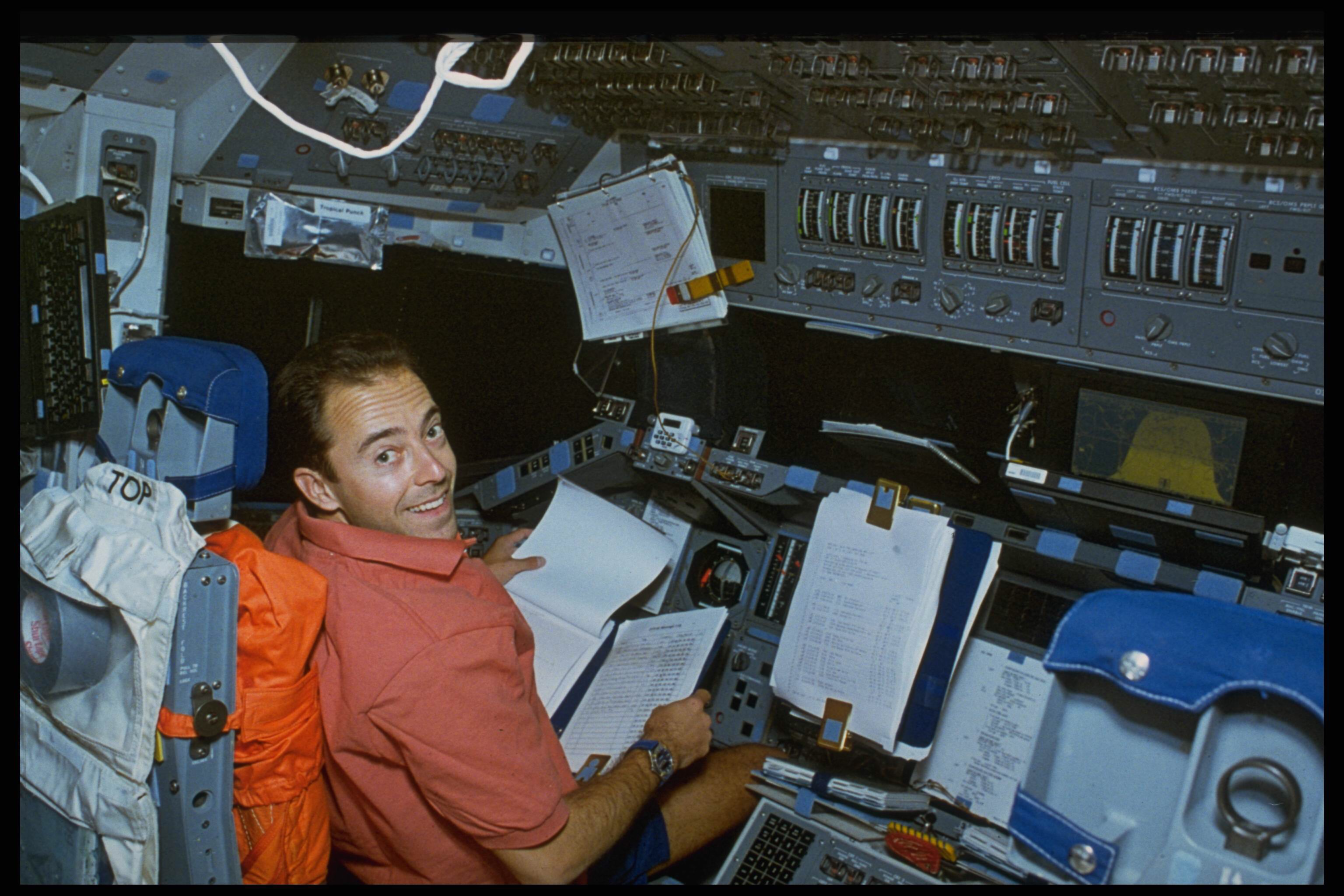 Definitely. All astronauts, regardless of their profession or academic background, are problem-solvers. It doesn’t matter if they used to be submarine pilots, skydivers, or heart surgeons, all astronauts are essentially operators. Once selected to be part of an astronaut group, we are all trained to do the same job.

Having said that, there is a lot of diversity within a selection of astronauts. This is done on purpose, to enrich the skills pool and foster the spirit of innovation. If a group of astronauts were composed of only pilots, then everyone in the group would approach a problem in the same way. Whereas if a problem occurs in space and you have on board a medical doctor, a volcanologist, an engineer, a scuba diver and a pilot, then you maximise the chances that the group will find an innovative solution to the problem, due to the diversity of their inputs. It’s the same law that applies in nature: the law of biodiversity. Regardless of a person’s background, the job of an astronaut is to operate complex machinery in a hostile environment. So, being a resourceful problem-solver is key to being an astronaut. It is such a complex system that malfunctions will surely occur, while things are unlikely to go as planned. You have to be prepared for the worst-case scenario.

In a way, yes. When you are in space, you become sensitised to the fragility of life on Earth. Not that the Earth is fragile. I don’t like saying that the earth is fragile because I think that’s a very anthropocentric way of looking at things. But looking at the very thin layer of atmosphere around the Earth, you become aware of the fragility of life on Earth. 95% of the atmosphere is within the 50 first kilometres; that’s less than 1/100th of the Earth’s radius.

Once you become aware of this fragility, you become sensitised to the need to protect life on Earth. That is why I am a member of many associations and programs dedicated to earth-life protection. Currently, I am part of an educative program called ‘Te mana o te moana”, the Spirit of the Ocean. It is a program that works to proactively protect the oceans through research and education. I am also an ambassador of the World Ocean Network and a member of about 15 other associations, foundations, and clubs. As an astronaut, I feel that it is my duty to give back to humanity; we owe it to society. We are responsible for passing on our experiences and expertise to citizens, whether that expertise is technical, intellectual, or philosophical. 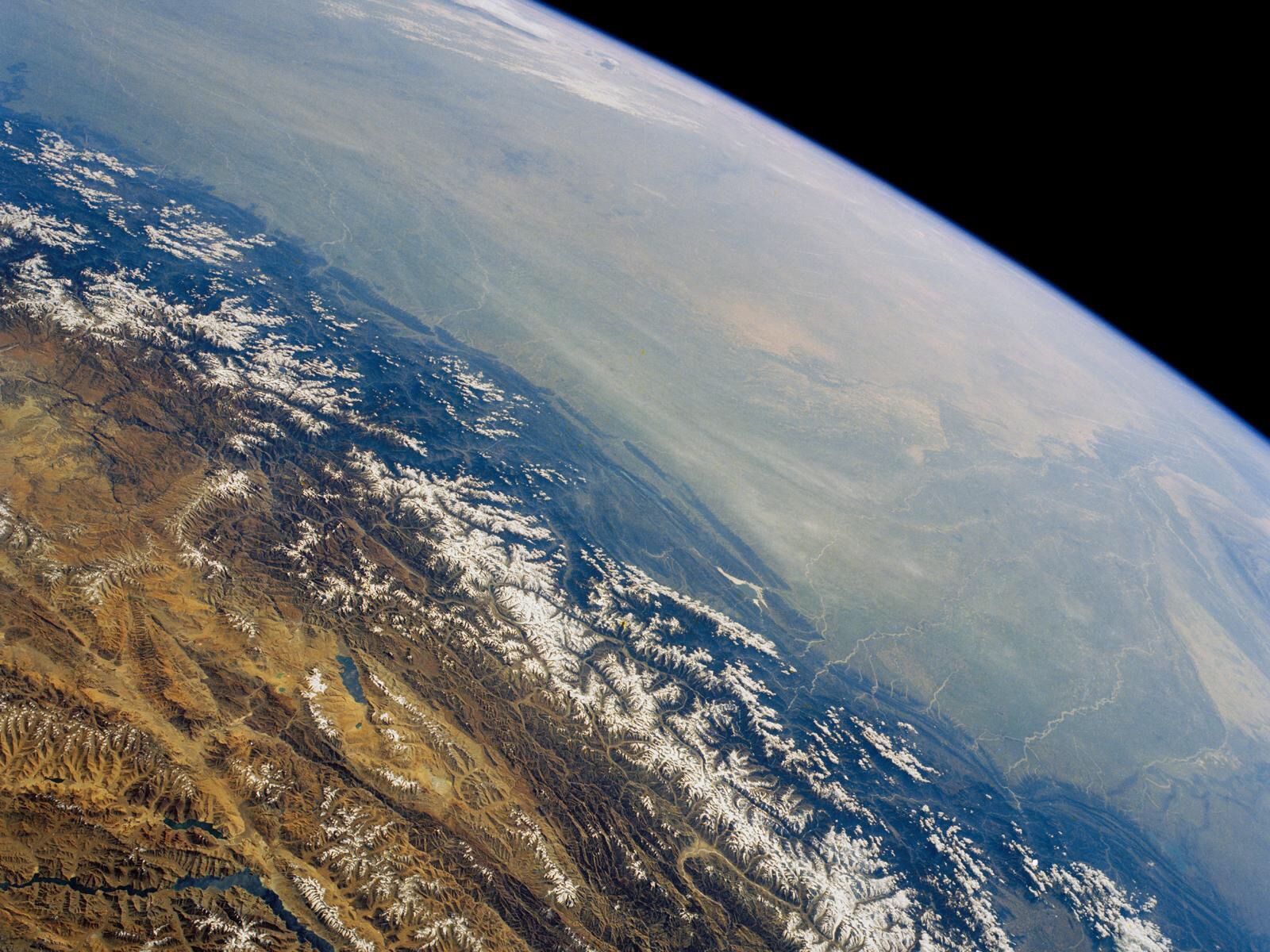 View of the Earth from Space

I believe that most people don’t conceive of space as part of their reality and everyday life. They think of space as an abstract concept that does not really affect them. Because they haven’t seen space; they haven’t felt it. And yet, if one day we were to shut down the approximately 800 active satellites orbiting the Earth there would be instant chaos. There would be no more TV, no more financial transactions, no more internet, no more GPS, no more meteorology, no more warnings about natural disasters… In short, we would no longer be able to manage our society nor our natural habitats.

That is why we dedicate 2-3 days per month to public relations. We speak with citizens at public events. We attend symposiums and seminars dealing with space-related topics. Our goal is to make the general public understand just how vital space is to humankind.

Yes, exactly. We wanted people to experience real weightlessness so that they can begin to understand space. Experiencing weightlessness is the first step of becoming an astronaut. If people have an understanding of what if feels like to be in space, then space won’t be such an abstract concept to them. After their experience, they become ambassadors of what we do. They go back home with photos and videos to share with their family and friends. Besides, all the financial benefits of those flights are transferred back to the scientific community. We are neither making nor losing money with this program. Profit is not our goal.  Our aim is to build public awareness and engagement around space.

We have created a brand called airZeroG and have a dedicated website where we sell our packages. We use a huge aircraft for the flights, and limit the maximum number of people to 40 for safety reasons. At the start of the experience, we welcome people in the space research laboratory to give them a short briefing before the flight. We let them know that they are truly privileged to be the visitors of a real flight space research laboratory. After that, they board the Zero G aircraft for the flight. The experience is the real deal; it’s not just a “show” for tourists. Passengers get to experience true Mars gravity (1/3 of the Earth’s gravity), followed by lunar gravity (1/6 of the Earth’s gravity), and finally true weightlessness. Again, it is not a simulation. The plane is literally inserted into “an Earth orbit”, but only for periods each time, between 15-30 times per flight.

The flight is followed by a lunch with the crew, a diploma ceremony, and a short conference, during which I discuss my 3 space missions.  When it’s over, they get to take their cap, suit, socks and USB stick with all the photos and videos back home with them. 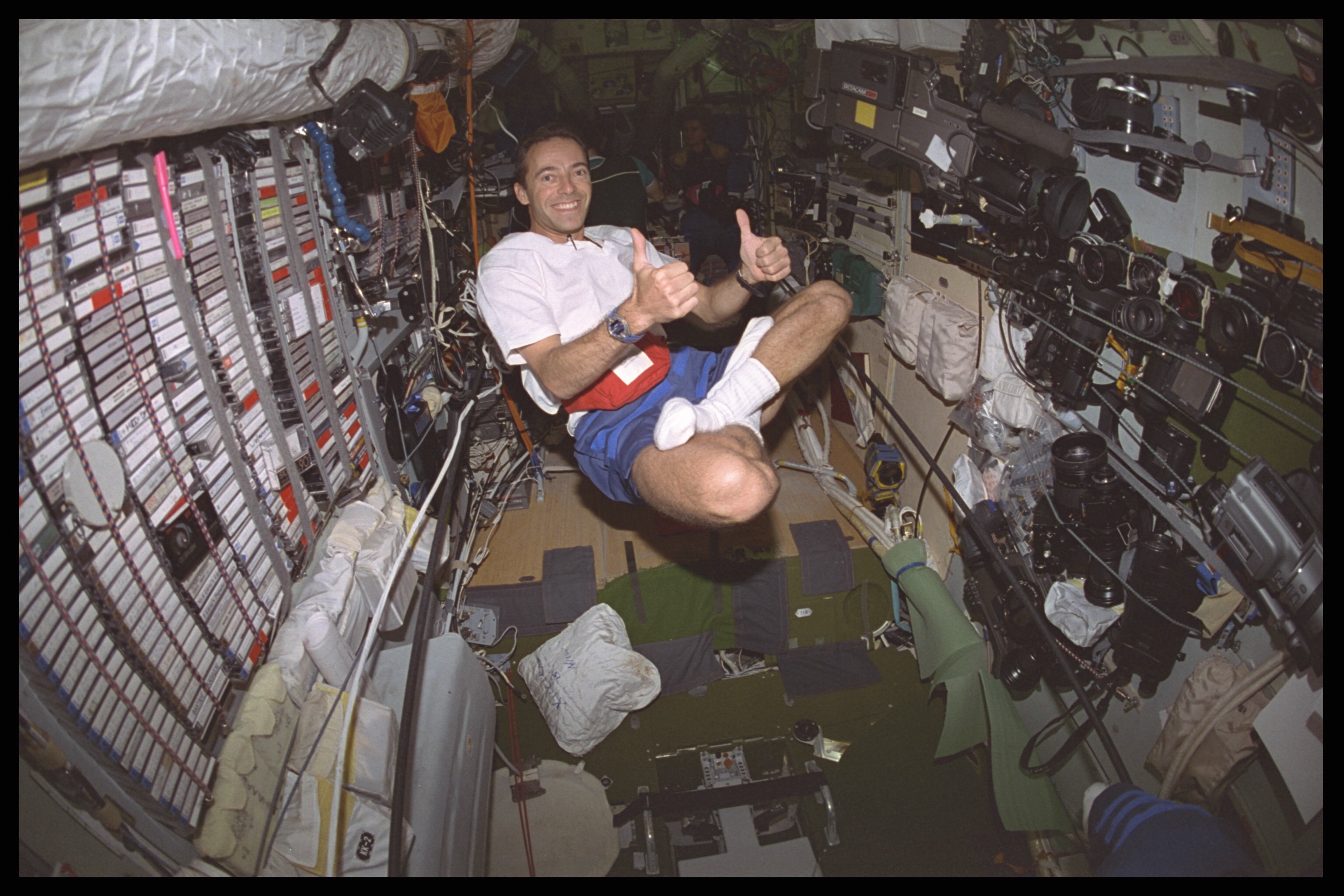 Everywhere around the world, human space flights are financed by the government for research and exploration purposes. Because of the laws of physics, it remains risky and costly for someone to go to space. It requires a lot of energy, and energy is expensive. That’s why space was inaccessible but to a few very rich people, like the billionaires who paid between 20 and 40 million US dollars for a ticket to fly abroad the Russian shuttle. But even then, they do not just go to space as “tourists”. In fact, they have to train as if they were astronauts.

Realistically speaking, space will not be open to the general public for a long time. The authorities will not open up an activity to the public if the risk is too high. It would be an abuse of people’s money; it would not be ethical. Even people who are passionate and enthusiastic about going to space do not have a real understanding of the risks they would be facing. So as long as going to space remains risky and expensive, it will be reserved for the professionals who have been selected by the government according to strict criteria.

In theory, anyone can apply to be an astronaut, but to be selected is not as simple. There are many criteria such as background, academic achievements, health… And at the end of the process, it also comes down to luck. At a European level, for example, at the final selection stage, there were 25 highly qualified and competent candidates. But out of those 25, only six were chosen.

Well first of all, at a European level there is a citizenship constraint. Then it comes down to how willing a person is to the job, how committed they are to serving science and their country. There are people who would exploit the glory of being an astronaut for their personal interest. We don’t want such people. We try to choose people whose main motivation is not to glorify themselves as heroes, but who are genuinely passionate about contributing to science and humanity, and about communicating this passion to the public. 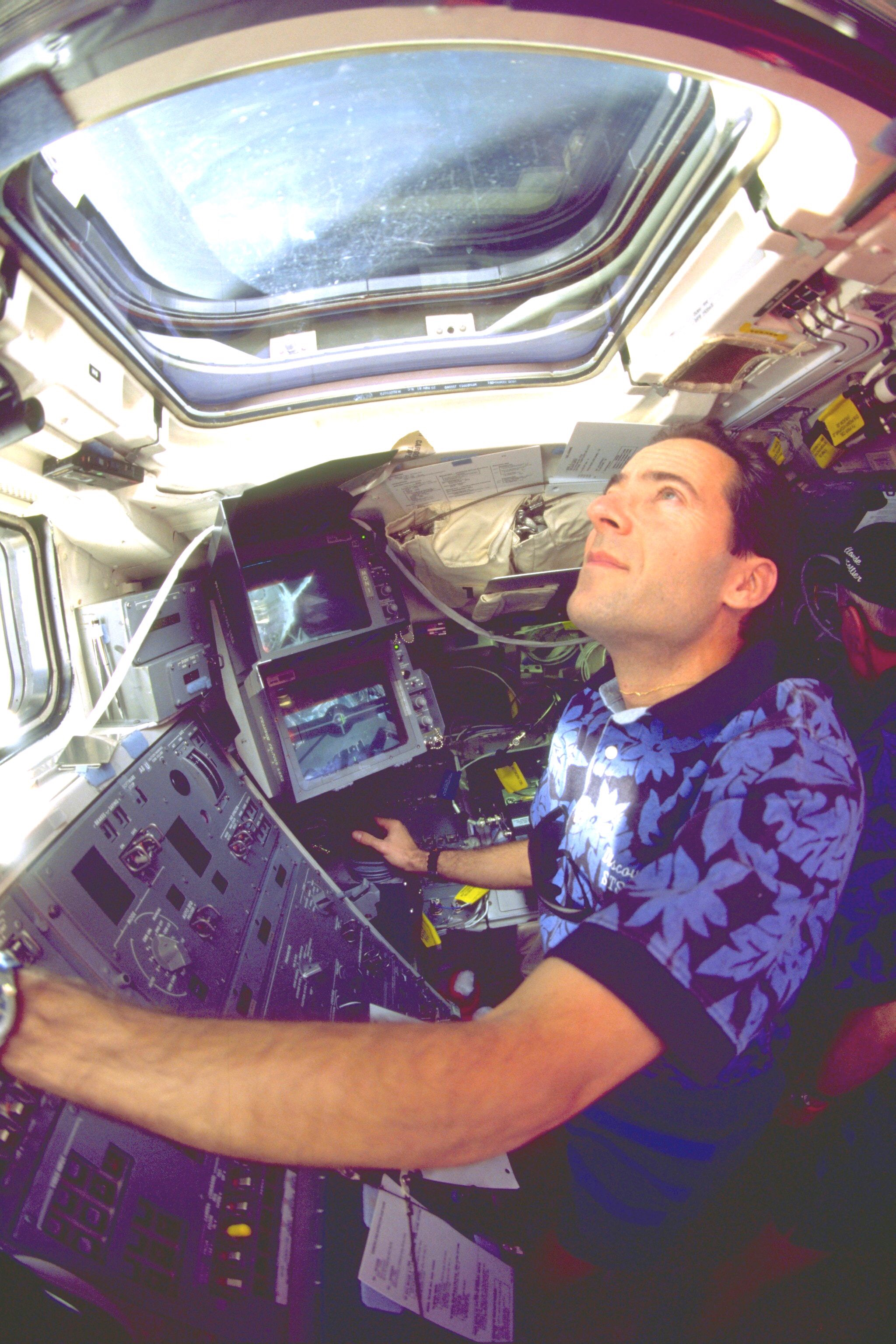 Looking out into Space

To work as an astronaut is to do an operator’s job. To do it, you need to be bold. You will constantly be facing unforeseen circumstances, and so you have to accept the risk that comes with the job. Being prepared means having a plan, and knowing that things will never turn out the way you anticipated. You also have to learn to adapt to new technologies. The cockpit of future shuttles will look very different to the cockpit of today. Beyond that, a strong team spirit is essential, as is a problem-solving attitude. They train you from the start to focus on the solution and never the problem. So to sum up, an astronaut is at heart an operator and a problem-solver.

Book a Weightless Flight with AirZeroG 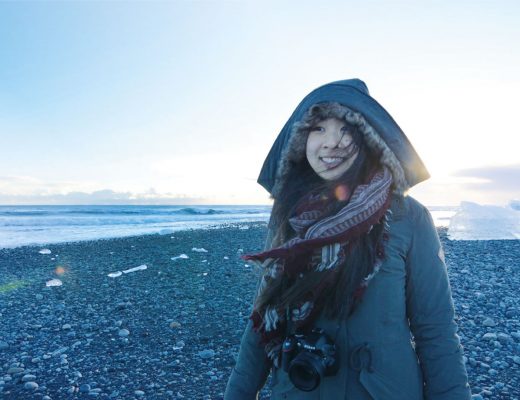 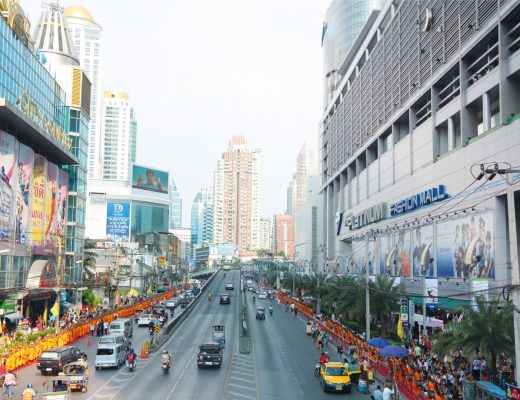 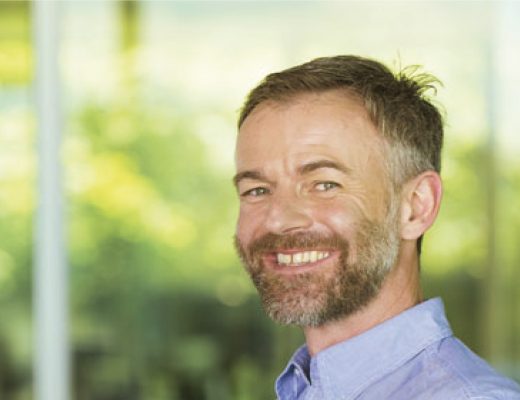